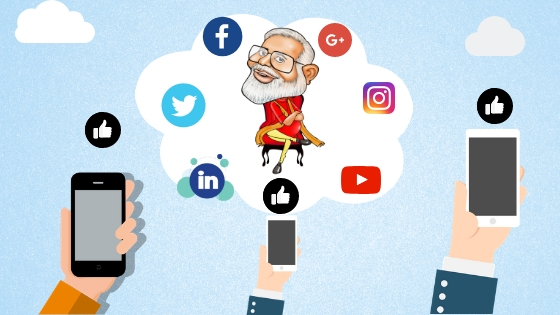 As the election fire keeps rising for 2019, so does the momentum of political campaigning. Digital marketing is turning out to be a veritable help to politicians and political parties in India. It is the marketing tools and methodologies only which are catching the eyes of the voters. Many political parties are also organizing a crash courses to their series and data. They are especially taught how to interact with people and voter, how to participate in social media. It helps politicians to target audience at a less expenses.
We can take the example of Mr. Modi, he used social media platforms like: Facebook, Twitter, LinkedIn, and Google+ to promote Gujarat development. What made him hero? Direct communication with voters, answering their questions, taking suggestions and feedback.

So, what goes into the political campaign greeting?

A critical piece of the election campaign, where the candidates of the specific nation to have it prepared while going for the race. An official site is needed to promote digital marketing
For example: If we look at trumps website. It is well developed with bullet points, done a fantastic work to build a mark on citizens of America.

Political candidates uses social media platform to get the message out. They distribute their message through some creative content to reach bigger audience. The job of Social Media is that media organizations utilize their associations with get together with the general population who possess or have social media pages with a stunning following.

No one would deny that the political campaign greeting focused towards the youth. Youngsters who matured between 18 to 30, particularly 30 targeted in light of the fact that a large portion of the men in their mid-30’s were attempting to land their dream jobs.

In the political election campaign salutation, technology has an urgent influence due to it a pattern and most ground-breaking gadget on the earth at this moment.
For example,
Reminding the general population again and again about the Election Day is the most well-known technique utilized by the politicians these days.
However, one of the election campaigns In India sent a greeting text, which had Dekha hai Pahali bar, Ab Ki Baar Modi Sarkar, One one Lollipop, BJP is On the Top.