How HTTPS technology is safer than HTTP? 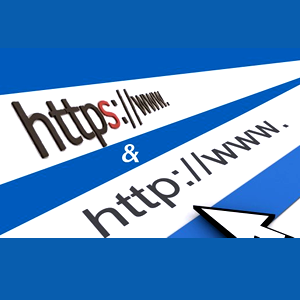 During a transfer using the HTTPS the computers communicating mutually agree on a code, and any information shared between them is first converted into this code so that no in between can access them or understand the information. This technology has made online transactions and online way more safer than before. With the coming of HTTP all your information is safe and your information cannot be stolen. HTTP uses a secure socket layer (SSL) or transfer layer security( TSL) for the exchange of data.

Working of the HTTP and HTTPS

In the initial days, it was the responsibility of the network administrators to figure out the ways in which the information or the data will be shared over the internet.the communicating devices used the HTTP protocol for exchanging information, but here a third party which was not supposed to access the information could access it in between as everyone was aware of the information exchange procedure, and intercepting was easy. So the need for a more secure protocol was felt and thus HTTPS was developed. In HTTPS protocol the administrators agreed mutually upon a relatively secure procedure for information exchanged.. The security of HTTPS is dependent on SSL that is a secure socket layer. This SSL Certificate encrypts the data. Here the communicating devices agreed upon a certain code and all the information was translated into that code which looked like random character strings and no third party could interpret the code thus the exchange was secure.

This method of encryption and exchange of information it is called HyperText Transfer Protocol Secure (HTTPS).

With HTTPS if any third party open the message, it wouldnt be able to interpret the actual meaning of the message or the information. Only the communicating devices who knew the “code,” can decode the message.

The encoding and decoding is done by the communicating devices itself. This is done with a SSL certificate which contains the character strings that form the secret codes.

The security during the transfer using the HTTPS protocol is known as the Secure Sockets Layer (SSL) or Transport Layer Security (TLS).

This way the information we share is protected against any unethical use by anyone else.